Posh Pets is a local family business, first established in June 2004 by Martyn who ran Posh Pets solo until 2008 when his father... also called Martin... came to work alongside his son.

In 2019 Martyn Jr's nephew and Martin Sr's grandson, Cain joined the team to assist with serving the community and to manage the business's social media presence and website.

At the beginning of the pandemic in 2020 Martyn Jr's sister, Martin Sr's daughter and Cain's mum came on-board to help with the demand created by the 'lockdown puppy boom'.

Martyn has also been accompanied over the years by a few four-legged friends. First was Sam the bulldog who was a much loved member of the family. Now Martyn is the proud owner of Delboy the bulldog... who has now become somewhat of a mascot of the shop and Gilnahirk's biggest celebrity!

And in the middle of 2021, Cain brought a new addition to the shop, his labrador Buzz who often accompanies him to work on a Sunday afternoon! 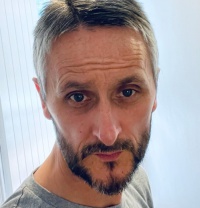 Having owned the pet shop from 2004, Martyn has a wealth of knowledge on all things pet related. From pet food to harnesses, if you have a question chances are that Martyn has the answer.

"It was always my dream to open a pet shop and in 2004 this dream became a reality. We have being going strong ever since!"

Another day, Another Marty! Martin has worked in the pet shop from 2008 and loves working alongside his son, daughter and grandson. He is our designated driver, driving all over Belfast to bring anything your pet desires directly to your door!

"I joined Posh Pets in 2008 and now work alongside my whole family in delivering top class customer service to the local community." 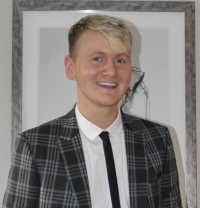 Cain started working here in 2019 and from then has gained all of the wisdom his uncle and granda have fired his way. Cain is the man to speak to if you want to show off your pet on our instagram or facebook pages! 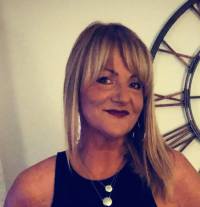 Nichola joined the team in 2020 and has added a "woman's touch" to the pet shop. Nichola keeps the shop absolutley spotless whilst also serving the local community with a smile on her face. She is well equipped with the knowledge and the experience on all things dog related.

"I love the fact that I get to work alongside my dad, brother and son... I joined in March 2020 and have loved every second of working here!" 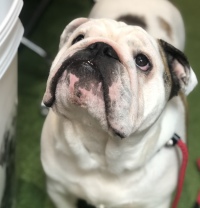 The King of Gilnahirk - he may be a big lad but he is the friendliest dog you will ever meet... we would all be lost without that big face! 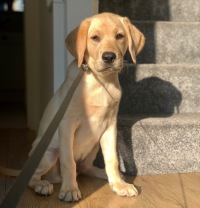 The baby of the team, Buzz is the newest addition to the Posh Pets family and a very popular pup! Cain got his four legged 'son' in June 2021 and the two have been inseperable ever since! 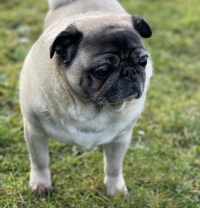 For one night... and one night only! If you're lucky enough,  you might just get to catch a glimpse of this gorgeous face in the shop from time-to-time! Odie has been part of the Posh Pets family for a while... but he much prefers it when Big Del puts the hours in at the shop so that he can spend time 'working' from home. 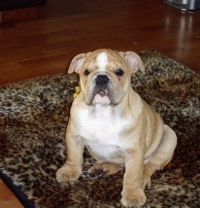 And let's not forget our old friend Sam!